The Google Maps navigation is one of the most important functions within the platform and is offered for many different types of road users – from pedestrians to cyclists to motorists. Now the developers are bringing in a new mode for navigation, which will give the visually impaired much more freedom, leading them safely to their destination using voice instructions.

Google Maps’ route planning and navigation not only uses a variety of different modes, but also has a number of different representations of each route and methods to bring the user to the destination. For pedestrians, augmented reality navigation has recently been introduced, which displays the instructions visually in real time. And now the mode known as Eyes Free has been introduced.

Google Maps’ new mode is aimed specifically at visually impaired or blind people and gives them new freedoms. Through much more detailed and constant voice instructions, they will be made aware of all things that a seeing person would not think twice about. So there are constant instructions on the current route, indications of the distance until the next change of direction and, of course, immediate indications when you stray from the proposed route.

But not only are the instructions more frequent. It also gives warnings about potential dangers. If the route leads over a wide street, the user is strongly advised to cross the intersection as quickly as possible. This function is in particularly ideal for finding your way through an unfamiliar territory.

This new feature was developed in collaboration with visually impaired people, especially the woman featured in the above photo and video, and it is just the first of many steps towards making products like Google Maps accessible to as many people as possible. In the future, many more tools of this kind may find their way into Google Maps, and, of course, other Google products.

The detailed instructions for pedestrian navigation are now being rolled out for Android and iOS, but for now are only available through English in the US and through Japanese in Japan. Other languages and countries are “on the way” and should follow in the coming months. Of course, with this feature, there are not only the voice instructions to pay attention to, but also the data must be detailed and accurate so as not to further endanger the user. 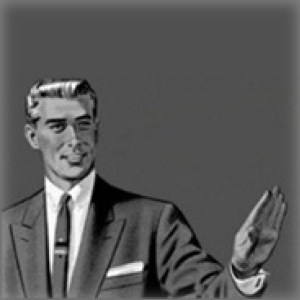 All Posts »
PrevPreviousGoogle Maps Led to Chaos – Nearly 100 Cars Get Stuck in Mud
NextGoogle Maps: The new Dark Mode is coming – this is how the dark surface will look (Screenshots)Next